[Demo] How we can lift our 5G standing 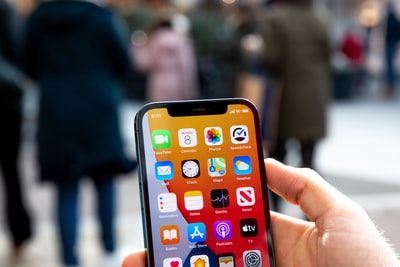 [Test] The three central features of 5G are: the ability to transmit at ultra-high speeds, near real-time transmission and the ability to connect millions of devices simultaneously.

In terms of measuring performances, the first two features generally boil down to speed. This means that speed and connectivity are the two key ways to measure 5G.

Users generally only experience varying speeds and so they only judge their network performances on that metric: content either loads faster or slower when connected to different networks.

Connectivity goes unnoticed, precisely because each of us is only focused on our own devices and not everyone else's. The failure to connect simply means slower speeds from the user's perspective.

Yet connectivity is as important as speed from the perspective of governments and network operators. Not only do we want users to be able to load content faster, but we also want more of them to be able to do so.

This week I want to examine how Hong Kong's 5G services are performing over the criteria of speed and connectivity and where we stand compared to other places.Speed is easily measurable and comparable and in this, we are doing fairly well.Speedtest, a publication by the mobile testing company Ookla, says Hong Kong ranks 19th globally, with an average 5G download speed of 70 Mbps.But we are far behind other places in Asia, such as South Korea (166 Mbps, third place) and China (148 Mbps at fourth). And as of January, the United Arab Emirates tops the global list at 183 Mbps.Information provided by Speedtest is widely accepted as reliable as it conducts tests vigorously. A total of more than 30 billion tests have been conducted since 2006.

The measurement of connectivity is a bit more challenging and for this we turn to GSMA, the mobile communications industry body that represents more than 800 operators worldwide.

GSMA publishes a measurement of connectivity based on how much infrastructure a location has, how affordable 5G services are, plus many other factors.

In 2019, Australia and Singapore won the highest scores with 90.5 and 89.3. Hong Kong, with a score of 83.4, ranked 14th.If we look deeper into the score, we can see that Hong Kong scored low marks because our 5G infrastructure is not mature enough to support more devices.

So, according to the two classic performance measurements, Hong Kong is doing well but could fare better. We should do more to improve the speed and connectivity of 5G systems.But even that should just be the start.Beyond speed and connectivity, 5G should also be measured in the context of enabling smart and sustainable cities. This is because one of the advantages of 5G is that it allows for many other technologies further down the line that are said to be green or sustainable. These include driverless technology and other emerging technologies like the Internet of Things.

The group serves as the global platform to advocate for public policy and encourage the use of technology to create smart, sustainable cities.

The index includes key performance indices like city resilience and cooperation across sectors (such as environment, transportation and utilities) that are already used by more than 100 cities worldwide, such as Dubai, Singapore and Moscow.

If Hong Kong wants to become a world leader in smart and sustainable cities, we must also adopt the same index and improve our performances through it.